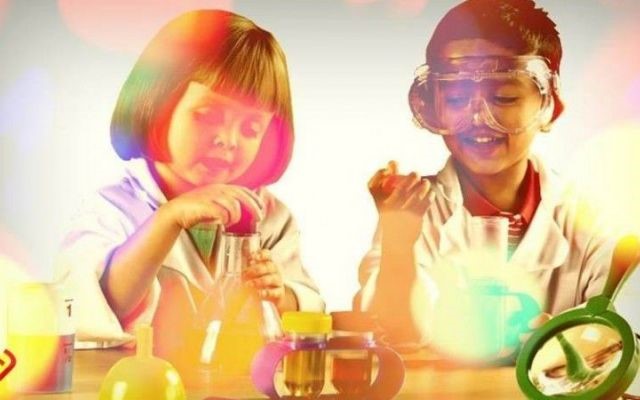 Can you really be a ‘Bad mother’ or is it just about being a ‘bad leader’?

I recently had a conversation with a good friend of mine who is seriously considering not having kids because she is afraid of being a bad mother. I find it difficult to even write the words ‘bad mother’.

It feels counter-intuitive. I know most of you would say: ‘There is no such a thing as a bad mother’. Who hasn’t, at least once in their life, given her child that extra ice cream that she should have said ‘no’ too? You knew it wasn’t the right thing to do, but you did it anyway . After that, you felt weak because you gave your leadership power to the child. Still, calling yourself a bad mom is a pretty heavy accusation.

There is no school for becoming a parent. You have the best intention and you do the best you can under certain circumstances, that is all.  A mother, as any leader in this world, needs to be confident. No one wants to follow an insecure leader, so why would kids listen to insecure parents.

I remember being six months pregnant and terrified with the thought that I am not built for the motherhood job. I asked for mentoring and advice from one of the female managers in our team who had two small kids . She reassured me that it will be ok – ‘the kids will have priority’. For her the balance worked because she decided she wouldn’t be a home-goddess.

What I would now tell to my friend is that, although I am writing a blog for mothers, I don’t have all the answers. I am just doing my best to be the best version of myself I can be, because my kids deserve the best mother. Does that mean that I do everything perfect , no actually not. I don’t bake, I am pretty impatient with art work and I am not the mum who joins all the school trips.

There was only once when I thought I am a bad mother… .a few months back I brought my daughter to school in the morning and somehow she had imagined she would make a special entry with her new dress. Unfortunately the ‘ WoW’ factor didn’t happen, which meant she broke down in tears and ran down to the toilet. She was in such a state that I thought that I would have to call the school psychiatrist. I was myself a mess.  From all the crisis, the pulling, running down the school corridors I ended up loosing my car keys. So, here I was 10 min to 9.00, about to get to my car for a work teleconference with Singapore at 9.30 and not having my car keys nor the state of mind to facilitate a sort of difficult leadership hand-over between two disgruntled people.

I was about to start crying, thinking that I should have handled my daughter differently so that she doesn’t end up in tears and so and so on, but when my emotions reached a certain peak, I suddenly saw this coffee corner at the end of the parking lot and I thought – there is nothing that a good cup of coffee can’t solve.  So, appreciating the fact that I least had my wallet with me – I sat down had my coffee and started to make calls to cancel all my morning meetings. When I called my boss, to tell him I had a situation at school I needed to deal with, surprisingly he said – no problem, take care of it. Then, as a side joke, he said he was surprised it had only happened once in the last two years. Eventually, I went back to school, found my keys and I even got to have my difficult Singapore discussion, but the heavy feeling ‘I am a bad mother’ stayed with me. I confessed about it to my mother-in-law and she said only that – ‘you should never, never doubt that what you are doing to educate your child is wrong and doubt yourself like that! You can not let those thoughts in your head.You will go crazy by the time they are eighteen’

My advice for anyone worrying about being a bad mother: You can be confident of one thing – parenthood is something everyone  learned by doing.  “For the things we have to learn before we can do them,  we learn by doing them.” (Aristotle)