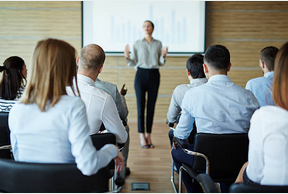 This is the English translation of my profile interview written by the journalist Nicolette van der Werff  for AD Den Haag newspaper on 21 Jan. 2021

Nine  years ago,  I stood in this big training  room at the Shell training centre near London, telling the participants (mostly male managers) about leadership.  The topic was about influencing behavioural change through  role-modelling. I remember saying  “Realize that the entire team  is watching you all day long. Therefore, you need to be consistent and always fair. You are seen. Discrepancies are always noticed, causing mistrust. Only when a leader is consistent and clear can a team thrive’. As I stood there in the middle of the podium, it suddenly hit me. ‘Gosh, that also applies to me, at home’. I didn’t have a department to lead, but I had a small child at home and I didn’t know how to cope with this new role as a mother, as a parent. Why don’t I use the leadership training in my home and make my family happier.

I grew up in Romania, on a cheese farm near the Black Sea Coast. I was surrounded by a fair amount of sheep, chickens and other farm animals. As the youngest  of the three daughters in a extended family of 9, my family didn’t pay much attention to me. Which, was a great. I had more free time than my sisters and used that time to observe life and things. I watched my grandmother manage our farm. She did this with a gentle hand and with an eye for the well-being of the whole family and the 200 sheep we kept for the wool and cheese. Grandma kept an overview and set the rhythm on the farm and the  family meals. She was sweet and gentle but also consistent and clear, which made her not only a wonderful grandmother but also a good farmer and leader of our family.

Grandma was sweet and gentle, but also consistent and clear: a good farmer and leader of our family. When my father got a job as an engineer in the big city, we moved from the farm to a flat. My mother stopped working as a teacher and took care of us. We loved it, but my mother had a hard time because we were three loud teenage girls who rebelled constantly. You see, you don’t have to speak softly for the neighbours when you live on a farm but you do when you live in a flat. My mother did not have an easy time with us.

My father earned a reasonable salary as an agricultural engineer for the government. But everything changed when the revolution toppled the communist Ceausescu in 1989. Due to the enormous inflation that followed, the engineer’s salary suddenly didn’t amount to much anymore. My mother acted immediately. Despite being a trained primary school teacher, she went to work for the best butcher in town as a sales lady and suddenly made more money than my father.

The nineties were tough years for our family financially. The whole economic system in the country collapsed and all that matter was the ability to sell, trade and manage your cash. As a teenager I realised that making money and being independent is hugely important for a woman, so when it was time to go to university, I studied Finance & Accountancy.  In my first student year I joined an international student organization, AIESEC, where, thanks only to my grandma’s matriarchal leadership genes, I was elected the first woman president of the local chapter. During my time in AIESEC I met this self-confident Dutch student, who visited Romania through an international exchange program.

Fast forward ten year and we were married, living in London and starting a family. In the first ten years after graduation, my career and life seemed very much in control: I was employed by multinationals such as Kraft Foods, Nike and Shell to do what I loved most, giving management and leadership training to executives. Everything seemed under control until October 2011, when I had a baby.  Finding my rhythm as a new mother turned out to be more difficult than having a responsible and well-paid managerial job in a corporate .

I changed my mothering style when my second child, Thomas, was born,  in the first year back after our family moved in The Netherlands. I suddenly saw the parallels between parenthood and team management. Children, like your team, also watch you all day long. They really hear what you say, but they mainly watch what you do. You have to act accordingly. You need to give them feedback, just like you do when running a team.  You need to tell them what you feel and the consequences on others when they engage in a certain destructive behaviour.  It’s not always Joy and pride,  sometimes its is frustration, anger and sadness.

My parenting style wasn’t the only thing that changed. I became a better employee. Motherhood taught me lessons that  benefited my workplace and my career. Being a young mother used to dealing with toddlers tantrums,  it had helped me develop more patience and focus more on the long term. After all, with kids you need to choose your battles. I became more creative, bolder, more confident and better able to set my priorities.

The social pressure on Mothers

The pressure on mothers is great. Especially here, in the Netherlands. A child here must have a swimming diploma before the age of five. He has to go to tennis, he has to put on nice clothes, throw a great birthday party ( before COVID19) and have a great treat. At our farm house countries, the family as a whole was important. Here the kids come first. Even if the mother doesn’t always like it, even is she has her own personal dreams.

I wrote Mothers as leaders because I wanted to show how women in other cultures deal with motherhood and  what they are capable of because of it. It has 20 stories of  mothers who had to overcome many hardships  to find the leadership role in their company, their mission or their family. The book is  meant to inspire and motivate you to take the lead in life and thus let the parenting guilt disappear. To make it disappear, not to be ignored because a feeling of guilt is an important red flag. It tells you that it is time to take a closer look at your life, at your parenting, at your career and to make a changes about it. That change could be about anything. In my case it was about my employment contract and the sacrifices I need it to make for a corporate career. I need it more flexibility, so I left the big business world behind and I now have  my own” boutique coaching & consulting practice: Ithaca coaching. Mothers as leaders.

Family as a team

Thanks to my Dutch husband and the nuns language school in Vught, in the past years I learned to speak fluent Dutch. It was important to integrate. My two children are raised trilingual. They learn Dutch at school and from their father. They pick-up English from the after-school and from home. On Saturdays I teach, with another mum, the Romanian school in our living room.  We have 3 small students. This is one of the main benefits of being an independent entrepreneur – flexibility.  I am more at home than before, and not just in back-to-back telecons. Time with my kids has gotten more fun and better.

I am aware that I am lucky and privileged to be able to start my own practice while dealing with the uncertainty of income in the early years. By writing the stories of other mothers, coming from different social backgrounds in the book, I gained perspective. I felt humble and in full admiration for the women who, despite being imprisoned for their political conviction and having  to flee their country , they were still able to  nurture and guide the life of their children back home. They did that with the help of a strong family.  Their children grew up respecting them as great mothers and fine leaders, seeing them as role-models of courage.

You don’t need to become a political activist to show your leadership as a mother or a father, it is the day-to-day actions you take both at home and at work, that are going to help your kids develop their own life values and self-esteem.

About the author: Steliana is a mother, a writer and a leader-coach on positive intelligence